Why should 5 best antivirus? isn’t there a lot of antivirus programs. Sure its does, but please read below until it’s finished

In these days, where digital world takes over almost all aspects in human life, crime develops from merely using weapon into having a USB drive packed with malware.

Like the White House, they not only need security guards in its very front defence, but President also has own people taking care of updated anti-malware.

Is it that serious? A big yes.

National security is at stake once the malware attacking the system.

What about common people outside the White House? Do we need such branded anti-malware? Well, if you want your files in your PC able to be read and running, then having anti-malware is a must.

Anti-malware or antivirus, which is closer to people heart, they are varied.

Some antivirus will make you pay for some money, some are free downloaded. You just choose and download the one that suits your needs.

Best Antivirus for your Laptop

Choosing the 5 best antivirus for Windows 10 or under means searching for antivirus that can keep your PC safe.

That is the number one essential thing. What else? It should not also take up lots of system resources and is easy to use.

Below are basic things to consider in choosing antivirus.

You will want an antivirus that can scan for a virus and offer real-time protection. It should also able to identify unknown threats such as shady websites and suspicious links.

If after installing an antivirus your PC works slowly you might to try another antivirus. Choose the one that after having it on your PC you don’t open websites slowly, download and open apps dilatorily, or copy files in a longer time.

Antivirus software has to monitor what is going on in your PC and therefore check in with company servers dealing with unusual behavior. Hence, you better read the privacy statement in advance to learn what the company does with your information.

Below are some recommendations you can try, 5 of the best I’ve ever used.

Bitdefender Antivirus is a top choice to protect your PC. It is available in both free and paid versions.

If you need good malware protection, its windows antivirus free version will do a great job protecting your PC from the latest threats.

Saving both your wallet and PC! However, if you wish to have full protection covering online protection and data transmission as well, you will have to pay for it.

Bitdefender is easy to set up. Additionally, it also stays out of your way until you need it. It is also light on the resources. Lastly, its protection is solid.

Avast Antivirus is also able to be downloaded in both free and paid versions.

It is not a secret that Avast is well-known for its free antivirus solution. Free version earns top points from AV-Test for virus and malware detections.

If you want to protect more than one device in your home or office, it will cost you around $60 for your three PCs.

Avast can be used to remove viruses and malware in order to bring back your system under control after being attacked. It can also give warning to you dealing with unsecured Wi-Fi networks.

Purchasing it, you will be able to block spam and phishing emails. Shady websites are also identified using Avast Premium Security software.

Kaspersky Antivirus gets high scores and awards for its detections especially in malware as well as endpoint protection from testing labs. To be exact, it achieves a perfect score in phishing protection test. It also gains good scores in malware and malicious URL blocking tests.

Kaspersky has its free version to be downloaded. However, it is still limited to Windows users only. Its availability does not spread in all countries either.

In spite of the aforementioned facts, Kaspersky offers its premium version with a very competitive price.

McAfee Antivirus Plus has solid security software that can protect your PCs. It earns perfect marks from AV-Test in terms of detecting 0-day attacks as well as blocking widespread viruses and malware.

Has been long story in antivirus industry proves its quality.

McAfee not only support windows laptop, but also Android and iOS.

Webroot SecureAnywhere Antivirus has a perfect score in malware protection test. It is also very good in anti-phishing score.

This antivirus is considered effective to protect your PCs. Why?

Because Webroot is what people look for an antivirus. It is light on resources. Its tiny-sized, speedy antivirus keeps a light touch on your resources.

An antivirus is expected to identify and remove bad programs, while keeping the good programs in the system.

But how about programs that can hardly be identified as good or bad ones? Theoretically, behavior-based detection can do that. However, it does not always work. Behavioral detection system can sometimes unable to flag inoffensive behaviors shown by legal programs.

Whitelisting is the answer to provide multilayer protection against malware. Its approach to the issue of dealing with unknown programs.

A whitelist-based system identifies merely good programs to run in your PC. The unknown programs will be banned, that way spyware or malware activities can be blocked.

Applying multilayered protection to your PC is doing no harm. Even though you are perfectly sure with your chosen antivirus, spyware and malware attacks are keep developing.

Preventing serious damage to your data can be well anticipated by this whitelisting step.

So having laptop without antivirus inside it is sending a signal inviting virus and vicious programs to break or steal your important information system.

You can decide whether free version of antivirus is good enough or the premium version is needed for comprehensive protection. For this I recommend you the 5 best antivirus above. 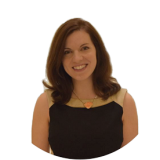